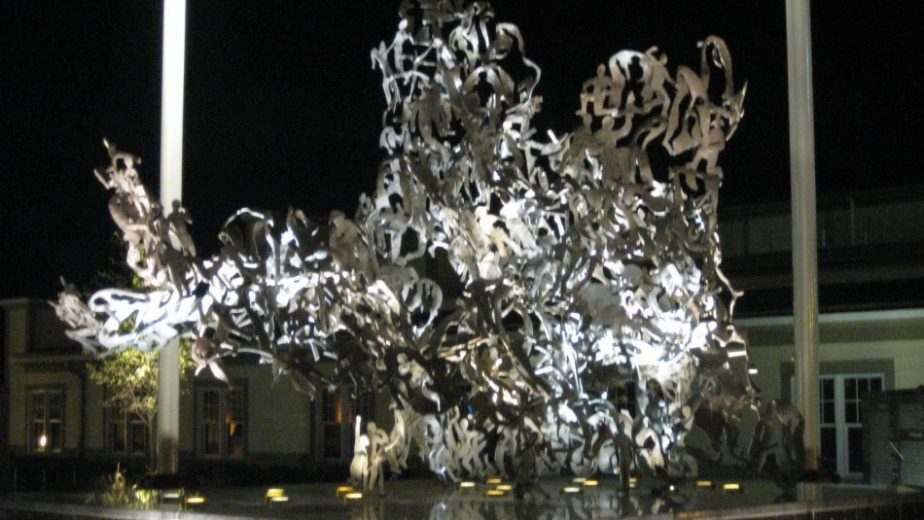 I was commissioned to create the focal sculpture for an Ohio park dedicated to our nation’s fallen First Responders. I created hundreds of different images of people doing very ordinary things; all of the poses are the sorts of things we all do every day, from walking the dog to playing a trumpet. I wanted to convey that any of us could have been targeted that day. Being asked to create a memorial sculpture for an event like 9/11 is beyond an honor; I felt an obligation to not only those that died that day, but to those of us living and doing our best not to forget. Working as a public sculptor is to be part of a memorial tradition as old as civilization.

Several of the first responders from New York’s Fire and Police departments came for the dedication.

The figures were each first drawn on paper, and then cut from sheet wax, which was then shaped and cast in stainless steel. Each stainless plate was then welded to the others to create a large steel “flame”.

Because the final sculpture has so many edges to catch the cover, a custom canvas cover was made to the right shape. After a few test runs the officer in charge of the unveiling figured out a technique, and the unveiling at the ceremony came off with no struggles.

The Honor Guard stood at attention for nearly an hour, amazingly motionlessly. They conveyed everything such an effort is expected to convey, and then some.

The architecture, lighting, granite, and fountain works were done by others, and they all did a fantastic job. Thanks guys!

These photos were all taken at the dedication by my daughter Amber, then fifteen.

If I remember, later I will crop this picture.

The piece at night casts amazing shadows on the entire area, and shimmers as the lights pass through the rippling water.

Thank you to everybody involved with this park! 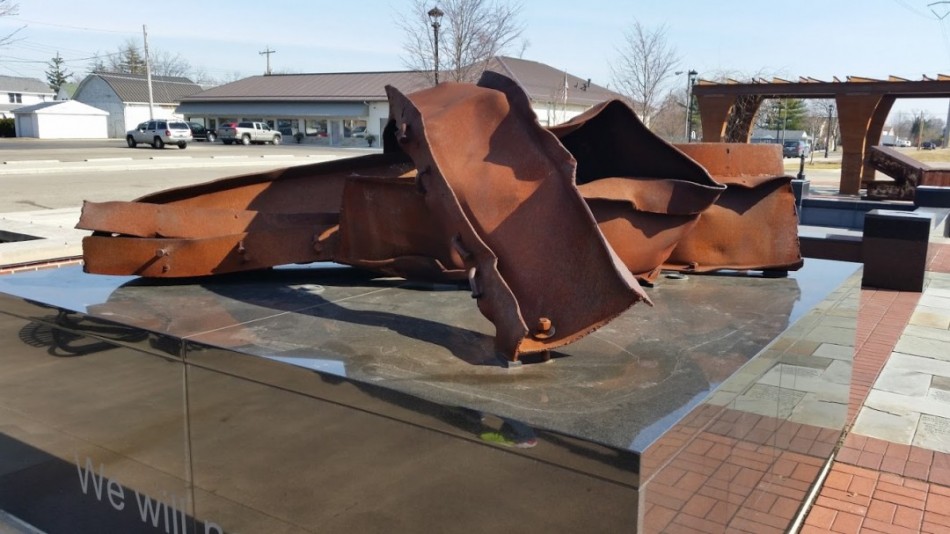