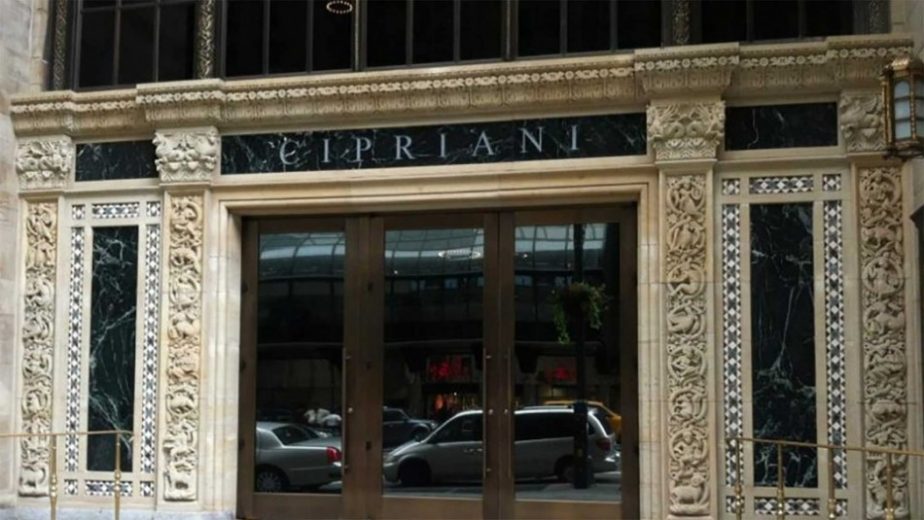 The original 1923 entry was removed to meet the requirements of the ADA act, and when the building’s owners wanted to sell it, it was required by law that they bring it up to standard, as it is a National Historic Landmark. Myself and fellow Guild member Nick Fairplay were given the job of reproducing the original. We were given two photographs to work from, both taken in 1923. This is 41st and Broadway, across the street from Grand Central Station.

I carved the capitals and the cornice, and Nick carved the pilasters.

This is one of the cornice pieces. In order to accommodate the ADA (American Disabilities Act) the spacing of the doorways had to change. I suggested we use the motif of the grotesque to extend the pattern, and it was approved. Do you see one? I have two grotesques in New York. How Cool is that?

The original capital is shown in this 1923 photo. I got very reacquainted with my magnifying glass and photoshop. I worked with two consultants on site; an architect from Cetra Ruddy, New York, Ray, and a consultant to the National Landmarks Foundation, Liz. We used photos and drawings and did our best to recreate the original, given the material we had to work with. In the end, the Landmark’s Committes summation of our efforts was one sentence; “We think the stone work looks rather excellent.”

The work was installed December 29-31, 2011. It had to be done before 2012. Talk about stress. It was installed at night only. The entire scaffold and rigging had to be redone each night.

This photo was taken during the installation and sent to me by the lead mason, Mario. We are still friends.

I think we measured up nicely. Proud to have some of my best work in the heart of New York City. Nice job, everybody!